As promised, here is the story of the start of the idea for tiqtiq. Initially the idea was to make a user-friendly app to generate a year-album for your photos. But that seemed many bridges too far since you need a server and also contact to many many print companies. But the thinking about smartphone and photos did not let go. All smartphone users make photos and they all want to share or print them in the end. Or delete of course, but many people forget that so they end up with many many pictures. So photo management is a nice area to be in.

Then at some day we were doing an inspection for solar panels on a company roof. We took pictures with our private smartphone. Thenafter you want to use those in the quote that will be sent to the potential customer. So while stepping into the car we thought: why can’t we press one button on the smartphone that sends the pictures of the past hour to our email at work??? Why do we need to fetch a cable or why do we need to touch the phone many many times to send only 10 pictures?

This is when the light bulb began to shine very bright :-) 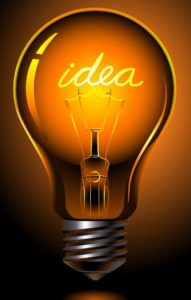